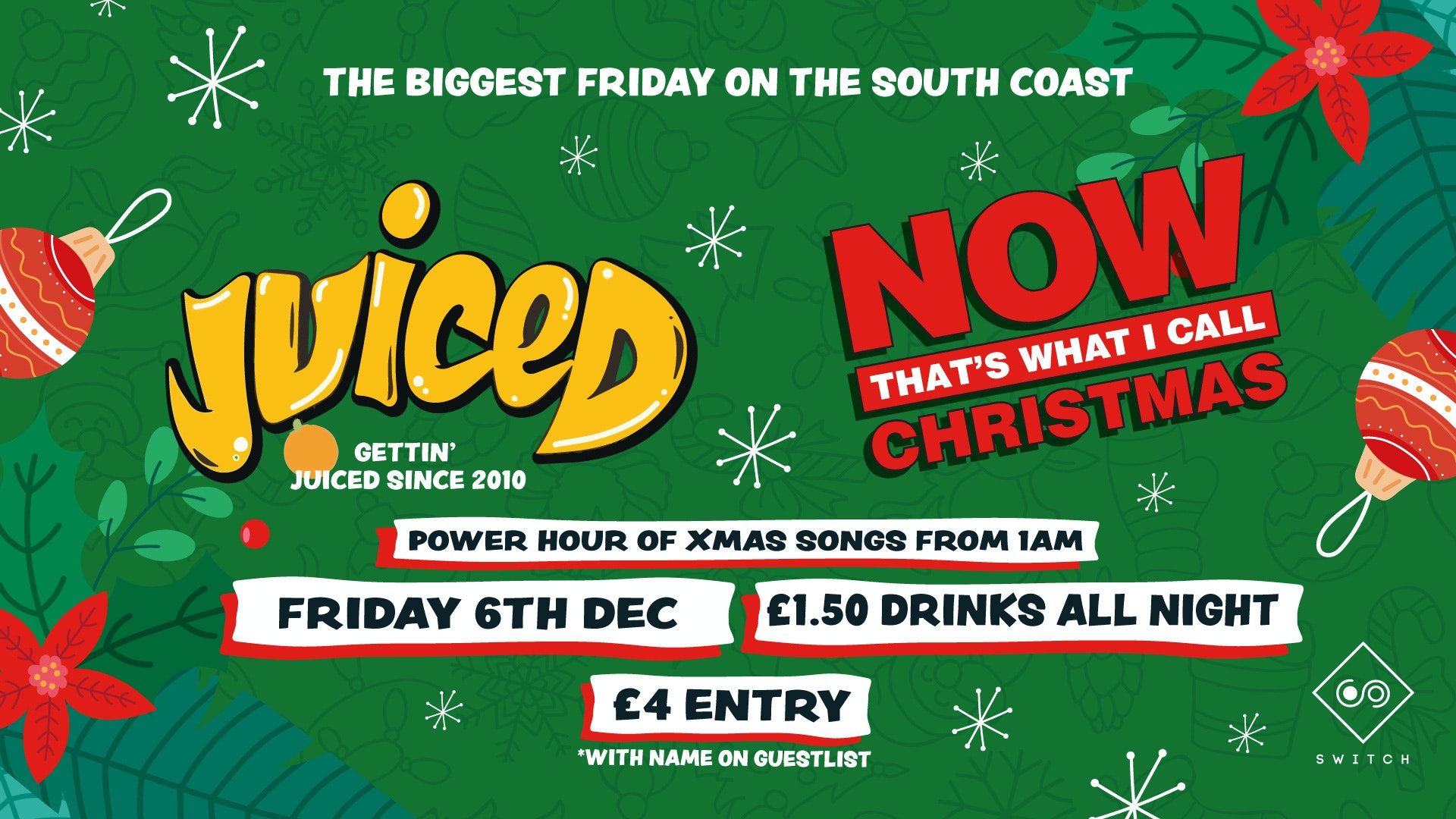 Southampton’s longest running student night returns for another night of the best weekend party atmosphere around!

This WEEK:
🎄 It’s December which means it’s officially OK to celebrate Christmaaaaaaaas 😍 We’ll be getting you in the mood with a power hour of all things festive to give you that Christmas spirit plus giving away some extra special early pressies 🎁

£5 VIP tickets get you into VIP area.
We’re BACK and BIGGER Than ever, with a BRAND NEW look for Switch but the same banging Friday night!

This will be a capacity event as it is every week so early entry is essential as well as early arrival! Whether you’re a Fresher, a 3rd Year, or even one of our infamous JUICED regulars… Since 2010, we have provided Southampton with its weekly dose of outrageous clubbing, live performances, and outright ridiculous drinks prices.
After demolishing the city’s nightlife, and paving the way for Fridays to become the biggest night of the week, it’s time for you to join the 1500+ EVERY week!